Are you stuck in 3 plateaus?

It’s just a sensational place over here. It’s just absolutely amazing. But it got me thinking about the three plateaus in practice.

For any of us, it’s basically the three levels the we got stuck on. The three plateaus are: 1. Survival, 2. It’s about being stuck in a glass ceiling you can’t get past,  3. is actually success. And so it’s survival, stability and success. Those are the three plateaus.

Now you actually have two choices.

And depending on what plateaus you’re in, the choice is gonna differ.

So let’s talk about survival first. If you’re surviving or barely surviving, and you’re really struggling with practice, there’s actually only two choices for you: 1. You stay stuck. You’ll stay as a survivor for the rest of your life. You complain. You can blame anything else on why things are not working as well as it should be, or you can just continue doing the same thing over and over again and hope that something would change somehow. And you’ve done this for five, eight, ten, twenty years and you’re still stuck in the same position. Well, if you’re that, you can still stay there or you have the choice of doing something about it.

So, I think, the best thing you should do is change something. Change anything. You got to step out of your comfort zone and try something completely different. Something that you’re not used to or get some help. I think it’s most important is that if you’re stuck in survival and don’t want to be there, step up and actually do something about it. Listen to MY PRACTICE RULES for podcast. Watch these videos and take action rather than just for the sake of watching. So, those are my advices for you.

If you’re stuck in stability, which means, you kind of hit that sort of plateau — whether a hundred paces a week or two hundred paces a week, it doesn’t really matter what it is. You hit a certain plateau, we all do that. We hit a certain level, and we just can’t seem to go past beyond that and some of us stay there for about a month. Some of people stay there for three months. Some of people stay there for years. I’m talking about five years, ten years, thinking that’s the level that we’re at. And so therefore you think that certainty that only allows you to have that. Well, I think there’s two choices there. One, you stay that way and you just hope for the best and basically cruise the rest of your life being that way. Or two, you do something about it, right? You actually change.

Now, when you’re in stability, when you’re actually not is survival mode, and things are actually looking to get a little bit better, you get that limited buffer. You need to actually start implementing new strategies in practice. It’s not about tactics anymore. It’s not about…you have a great base, you might as well try to leverage better. You want to leverage your time. See more people in less time, so you can actually utilize that time more wisely with your family, and more importantly on your business as well. To work on your business rather than just working in the business itself.

The third level plateau on success means you are successful and so therefore you don’t do anything about it. You think, “I’ve reached the pinnacle of my career and I’ll stay like this for a long time and I did that. I reached my goals within two years–two and a half years out of my practice.” And I thought, ‘Is that it?’

I had to redefine my goals. I was stuck for a long time, simply because I was stuck on success for at least a good three to four years. I know I had more to give. And this is why all the projects started coming out: The Wellness Guys, My Practice Rules, Drive Your Practice, even The Wellness Couch. All those things came out of my ideas. I didn’t want to just be stuck in success.

If you want to be stuck in success, that’s great. Congratulations. There’s nothing wrong with that. If you’re in level of success I think you have a such a gift, such a talent to offer not just in yourself but also to your community. But more importantly to this profession. This profession needs you to step up and play a bigger game.

What kind of game can you play? How can you actually impact more people? Into your community or maybe into the world? What kind of project can you do? What kind of things can you deliver to this world so that people will love you? And you’re able to step up. And more importantly, when you do that, when you actually shine on your genius, we win. Because we actually see what you’re able to produce. Or whatever service or product you come up with the world is gonna win because you actually spend some time on it. If you’re stuck on success, you might want to re-evaluate to step up to the next level and see how much more you can give to this world. It’s because there are so many people who would love to hear your voice and your genius.

So, I hope you got something of value out from the three different opportunities you can get out of depending what plateau you’re at. 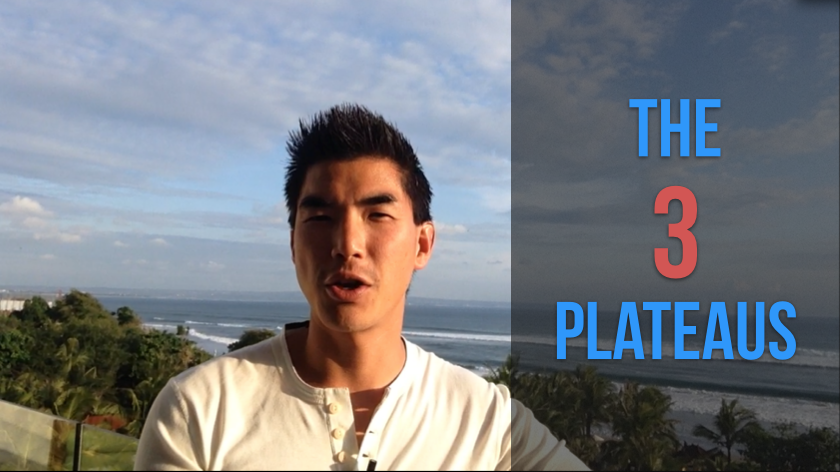