A lot of Chiropractors have forced to people to care and that never works. One of the frustrating things for the chiropractors is that, “I understand why patients don’t actually get the recommendation I gave to them. I know I presented it very nicely. I’ve done a great report of findings and I show them what the problems were, but they are not into it.”

Well, first of all, they want to actually dive deeper into their conversation and actually understand and look at their report of findings. This is because they’re trying to force people to care. And that’s the thing, you don’t want to force people to care. Do you want to be forced in to anything? Of course not. You actually have to invite them to care and that’s the key thing. There’s a big distinction between offering something, forcing someone vs inviting them to dance. I look at it as a dance with them. It is about thinking on how to lead them towards care. And lead them in a nice way and let them choose. Because when you force people, you are never going to get compliance in the long run. Rather than giving them an option to choose to basically have a future with you in regards to your care plan or you as a chiropractor because you are the trusted expert and the trusted adviser, rather than trying to manipulate or force anybody into anything. And so here’s the thing.

One of the key factors that causes people to force chiropractic care onto people is when they do this whole chiropractic care to people, they show them all those things that had them wrong, and then basically they say “Well, given that what we’ve seen here, given that what we’ve seen on the X-ray, you have wellness degeneration. Basically what you need to do is ……” then just shoot out a whole bunch of recommendations. And those recommendations are just one way. It’s like, either this or that and there’s no way about that. Well obviously that’s against the rules, but more importantly you actually don’t give them a choice. You only give them 1 choice and which is basically you. There’s no other alternatives and I think of that it’s almost like going down an alley way and basically there’s no exit.

It’s almost like you just got to force to be going down this one street and it’s basically a dead end. And I don’t think that’s the good way to put people into chiropractic care. Because first of all, when they come to see you, they might just do it because that was the only option. But sooner or later, there’s no way they’re going to stick around because there’s no compliance and I think rather than doing so or rather than doing that, I think it’s better to invite people to care. So when I go to report of findings I show them all the things you probably show them but the key thing is that you need to ask them, whether or not it is something for them. And the simple question that you could ask them “Before I give you my recommendation, I have 3 questions for you because I need to know where you at and I need to know what you want for us” and I get them to choose and I give them three options.

The reason why I call it the 3 doors and a 3 door option is because I like to give them three possible options. If I only have one option, that actually is an ultimatum and no one wants to be stuck in an ultimatum.  If I only give them 2 options, then that’s actually a dilemma. I’m thinking “I’m going to have to do this or that.” It’s either chiropractic care or no chiropractic care. If I give them 3 options, that’s actually truly an option. Three or more is an option.

Now if you can give them more than 3 options, it actually becomes very difficult for them to choose. There’s a book that actually talks about more choices in this world and you know this like if you go to a LEVI’s Jeans store for example, there’s so many type of jeans and you have to think what kind of jeans do I want skinny jeans, baggy jeans, this color, that color, black, blue. There’s so many variations and you can’t choose and just walk away and not buy anything at all. And that’s the key thing, having enough options and not having too many options and then the key report of findings is to have 3 options. 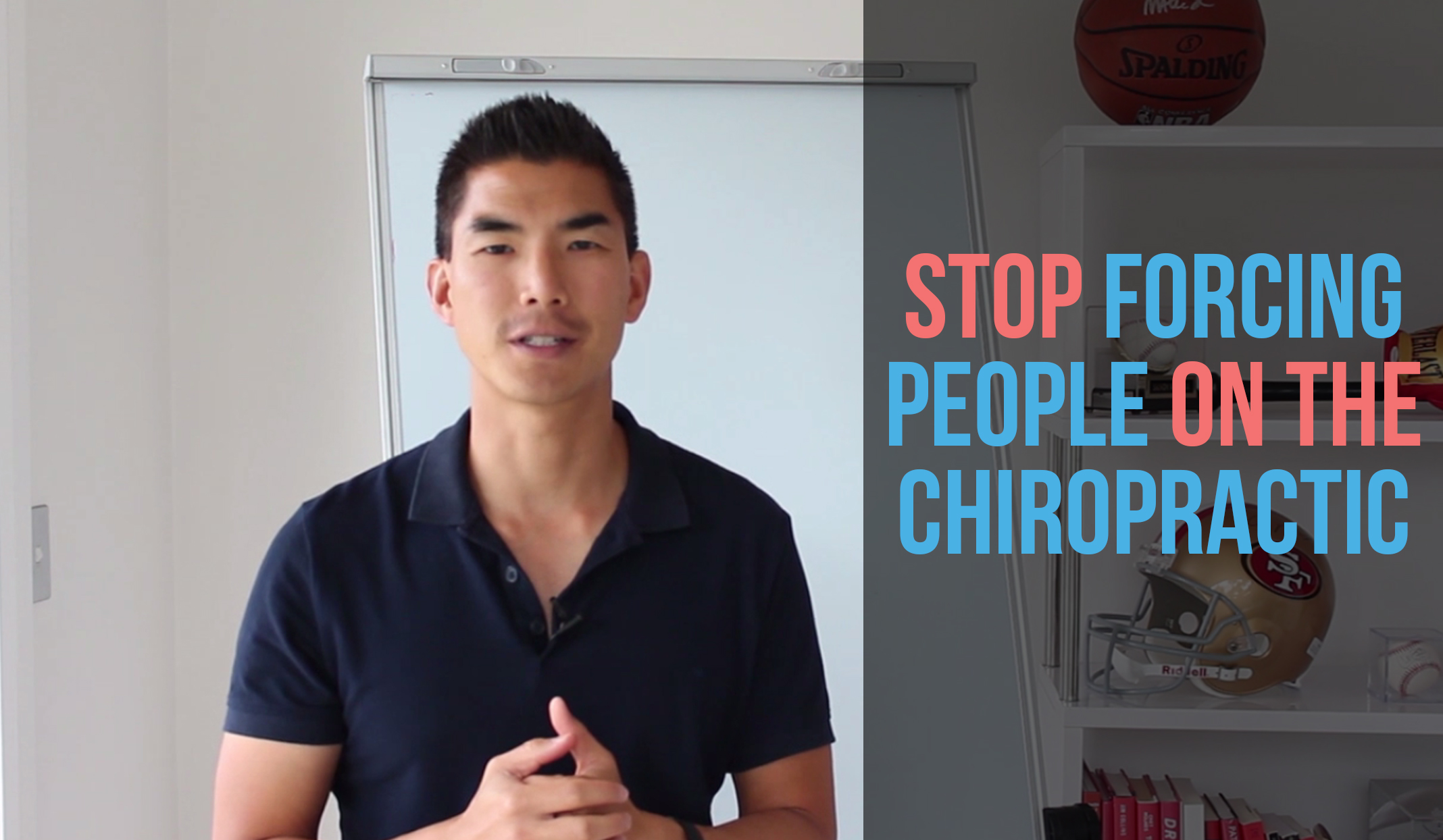