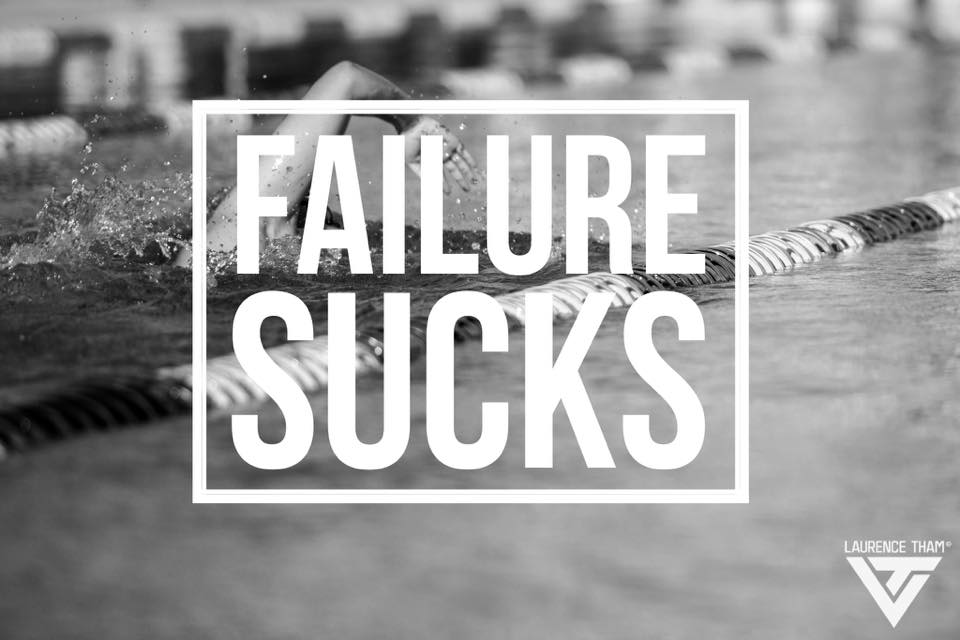 My daughter had her swimming carnival yesterday. She was excited.

Not just because she started a new school with new friends, but she wanted to do well for herself.

She was competing in the Girls’ 50M freestyle.

She was all smiles and excitement as she waved to us in the stand while we cheer her on.

On your marks, get set… (life is about to change…)

The swimmer next to her dives in… she follows. The crowd roars, yelling and screaming…

…but there are only two swimmers in the water.

The buzzer didn’t go off.

She false started. But she was focused, determined and nothing was going to stop her.

She ploughs through the water like a little torpedo… the officials DROPS the false start rope… she cuts through it like a hot knife through butter. (In her mind, she thought the rope was a pool cleaner… and she thought to herself how unfair it was for her for it to be there in the way and slow her down!)

No one is going to stop this girl… except for the official who finally gets her attention at the end of the pool. (After she completes 25 metres….)

Ready, set, (whistle blows)… she dives in…. She fault starts AGAIN. This time she feels the false start rope. She can’t believe she just did it again!

She swims back (now exhausted)… climbs back out and gets ready for another start.

Third time is a charm… she waits for the buzzer this time, she enters the water smoothly and races to the end.

She was placing well at the 25m mark, but as she made the turn, you can see it…

She was struggling. Her pace slowed. Her movements came to a halt. Exhaustion sets in.

She grabs the lane rope to catch her breath. She sees the finish line… but she has hit the wall…

It can crush you. Break you. And tear you apart.

She takes a few breaths and swims toward the finish line. She manages a couple of metres. She is struggling.

Life slows down when you fall short of your expectations. No matter how close you come to the finish, you know it wasn’t your best. And you start to blame.

“This is NOT how it is supposed to be”… you think to yourself. “It’s not how I saw this playing out in my mind.”

And the self-torture begins. “Why me, why now, why this…” and it repeats like a broken record.

She continues to inch closer to the finish line. The lifeguard is ready to jump in if necessary… but he holds back because he can tell she is determined to finish on her own.

But the feeling of disappointment doesn’t go away. It accentuates especially once the adrenaline wears off.

This is where the BATTLE begins.

The battle of your mind. Where everyone tells you – “not to worry”. That everything is going to be “ok”. But no matter what they say… it doesn’t take away the PAIN.

The pain is real. It hurts. It sucks.

But that’s life. Failure is supposed to SUCK.

I won’t lie…. it was a hard day today for Kaia.

But only if you LET it.

You have a choice. Not to ignore or push away the HURT. But to embrace it and realise that it is part of being human. The good and the bad.

But you will rise above this. You will learn from this. Grow from this. And become a stronger woman because of it.

How do you tell your 9-year-old all of this?

You do your best. And you risk failure doing it…

(and hope that some of it will sink in.)