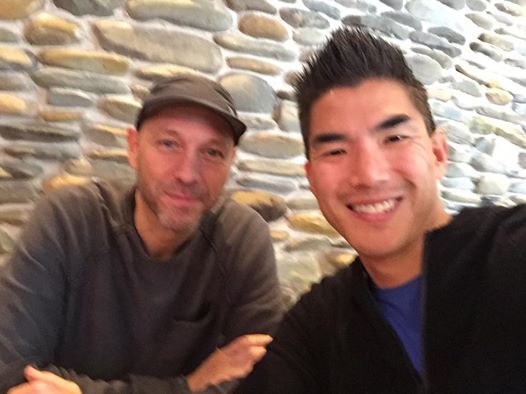 Sitting here with Patrick and Laurie Gentempo in a sports bar in Manly in the middle of the day… Because it is not a normal day.

It’s game time. What all sports fans wait for.
It’s just not any game.

After 82 regular season games and four rounds of playoff games… It comes down to 1 game to decide it all.

The Golden State Warriors who blazed through the regular seasons with the BEST record in NBA history – 73 WINS and only 9 losses! (To put this in perspective – GSW has lost 7 games so far in the playoffs, where they only lost 9 in 82 games in the regular seasons… will there be one more loss to come?) With Stephen Curry winning the MVP for the second time in a row – winning THIS GAME completes the storybook ending.

But on the other side lives the Cleveland Cavaliers with LeBron James playing for the sixth time in the final will probably have something to say while coming back from a 3-1 deficit to make it to game 7. Cleveland as a city has not won a major championship in any sport since 1964… So the pressure is on.

In just the next few mins, a legacy will be made and stories will be shaped for a lifetime.

In my last post, I talked about living the process and enjoying the process but sometimes the process will be put to a test and it comes down to see how well you prepared and the outcome will be determined by just one game.a

We live for these moments (especially when you are an A player).

(By the time you read this – you probably already know which legacy or story is written.)