Tonight marks the end of another legend.

As I board a flight out of LA to head to my homeland of Canada… Kobe Bryant plays his very last game for my favourite basketball team, the LA Lakers.

20 years playing for one team, 5 NBA Championships, 2 Time NBA Finals MVP, 3rd ranked most career points scored and much more….
And to end his final night, he scores 60 points including the GAME WINNER!!!

He is a MASTER of his craft… but because he was a STUDENT first.
Almost 20 years ago, on 17th December 1996… Kobe Bryant (then a 19-year-old rookie) played against one of his heroes Michael Jordan for the very first time.

Instead of being intimidated by the MASTER himself, he held his own on that day… but more importantly, he learned.

During the game where players are battling each other to win the game… during a short break at half court, Kobe standing beside Jordan leans over and asks “How do you feel the defence when you take a jump shot?”
Kobe asked for mentorship from an opposing player IN THE MIDDLE OF A GAME…

Kobe knew that to be great – he had to ask the RIGHT questions (and from the RIGHT PERSON).

It didn’t matter how skilful he was or how talented he was… he knew he had to UNDERSTAND the finer DETAILS from the game. And who better to ask then the MASTER himself Michael Jordan.

When was the last time you ASKED for HELP in your practice or business?
Are you hoping / waiting for HELP to come to you or are you actively SEARCHING?

Are you mastering and refining every detail of your craft DAILY?

When you feel you have MASTERED your practice / business / life… you STOP becoming a student… and that is the point when we STOP GROWING.

To Kobe… we will miss your TENACITY, MASTERY and RELENTLESS.

P.S. If you want me to show you how you can attract 30-55 New Patients from a just ONE evening presentation… join me at Practice and Beyond Expert Intensive and I will show you how! Register now as seats will be limited as this will be a small group workshop. (May 14th – Melbourne, 15th – Brisbane, 28th – Sydney, 29th Adelaide) – www.practiceandbeyond.com

P.P.S. Oh and what did Jordan responded back to Kobe’s question… “you have to feel the defenders with your legs… that way you can get a jump on them.” It’s like Yoda talking to Skywalker. 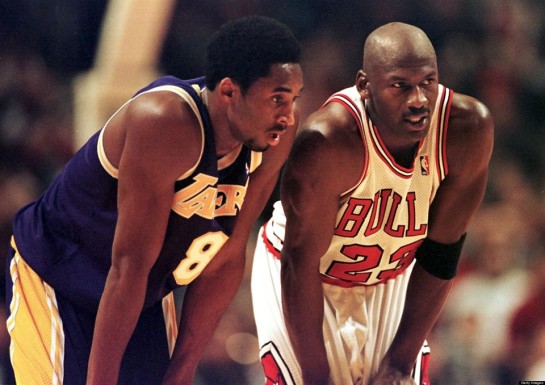